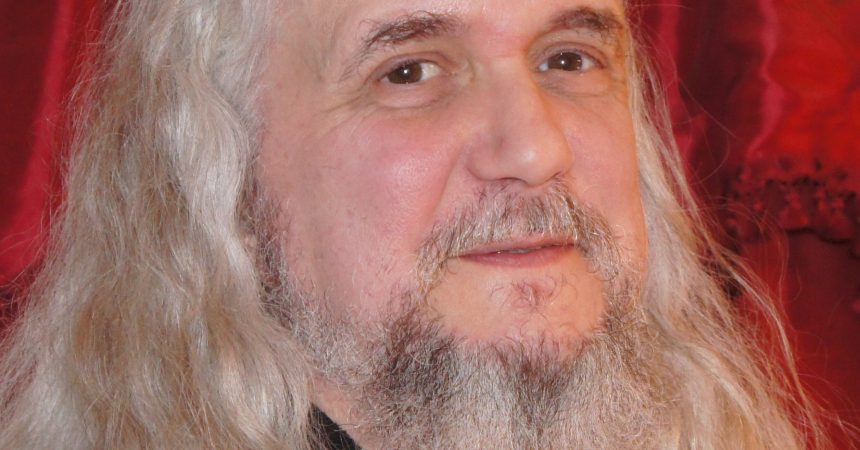 I have always had an idea that I was somehow gifted, but as a child, I was never encouraged to explore anything but ‘normal’ things. I was talked out of being able to see auras and other esoteric abilities and gradually lost them through lack of use.

Many years later I was drawn to the Tarot and got a couple of decks. After some study and practice, I was surprised at how easy it was to read the story in the cards. Even more surprising was the fact that my friends and my Lady didn’t see the things that I did, and they told me that I had a gift. Of course, I was skeptical since the cards were so easy to read, but I kept hearing that I saw things that others did not and that I knew things that I had never been told. I kept studying and working with the cards to try to learn as much as I could so that one day I could read for others.

One day a lady came by the booth we had at a street fair and she saw the Tarot cards we had for sale. She asked if we offered readings and my Lady said “Yes we do” without even asking me. My first reading for a stranger was a lot easier that I expected, and she was as excited by what I saw as I was to hear how much the reading resonated with her.

I started reading at all of the street fairs we attended after that, and have since expanded into email, phone and Skype readings, and Psychic Fairs.

I have developed my Tarot skills through books, working with the cards, and working with other Readers. One of the best training resources for me is through the American Tarot Association’s Free Reading Network, where I would draw one card to answer a question that has been emailed in. The hardest part of that is when a card comes up that does not appear to be related to the question, and that is when I have to dig deeper to really see what the card is trying to show me.

I am involved in several online groups that work with Tarot and they help provide another way to look at the cards and how to see what they are showing us. In addition to learning with others, I teach Tarot classes at various metaphysical stores and I present workshops on Tarot at Psychic Fairs. The questions and thoughts from the students are a great way to remind me that I don’t know everything, and that great insight can come from unexpected places!

After several years of reading and study, I went through the World Metaphysical Association and achieved a Certified Professional Tarot Master level. It is nice to have that recognition but it is not something I lean on for validating my practice; I rely on the feedback from the Seekers that I am allowed to read for to keep me motivated to learn more about the Tarot every day.

My Tarot readings have been done everywhere from a tent on the side of the road at a street fair to the ballroom of a hotel at a Psychic Fair, and everything in between. The constant I have is the connection to the person seeking the answers. In many cases, the phone and email readings are the most accurate as I am not distracted by other things going on around us. There have only been a few occasions where that connection didn’t happen, and each time I have referred the Seeker to another psychic to get the answers they need.

When the cards are laid out, my initial response is to look at them all and try to see the patterns in them as a whole, rather than just card by card. Once I start to describe the first card and what the basic meaning is, something takes over my thought process and shows me things that are not found in the books and classes on Tarot. There is truly an intuitive dimension to my readings and when I get my ego out of the way and let intuition take control, the messages always seem to hit home for the Seeker. It took me a while to learn that the messages that I am getting need to be passed along as I see them, without me filtering or otherwise editing them.

Are you able to turn your psychic abilities ‘on’ or ‘off’ when you want to?

My psychic abilities are pretty much “on” all of the time. I am not as sensitive as some people I know, but there are always thoughts and ideas and feelings that seem to come to me unbidden, and they are usually pertinent to what is happening in my life at that moment. At this point, I accept the message and try to work with it, even though I am not sure where it came from. I have yet to be sorry for following that “inner voice”.

On the other hand, my Lady gets a bit frustrated when I ask her a question and then tell her what the answer is before she gets a chance to say it. I get a lot from her just by looking at her and she still doesn’t know how to handle that sometimes.

I believe that everyone has some level of psychic skills, and developing them is a matter of choice. I was told early on that some of the things I talked about were “just my imagination” and I learned to ignore and suppress them. It has taken a lot of work to get to where I am today, and I know that I still have a long way to go to get back to where I was as a child.

The key to developing our latent psychic skills lies in first accepting that we have them, and second in knowing that there is nothing unnatural about having these skills. Unless we are willing to work on developing our skills without the limitations we have had placed on us through our upbringing, we will not be successful. If we can suspend our belief that we are not supposed to have certain abilities, then we can start looking at how they appear in our lives already. A hunch, intuition, and coincidental happenings all point to our psychic talents. With that as a starting point, we can seek out others who share our beliefs and learn how they developed that which we want to have.

I get readings for myself on occasion since reading for myself is a bit too subjective – I can manipulate the reading to fit what I want to see rather than what it might actually mean. I like the chance to hear what other people see happening in my life, and I try to take it to heart.

I believe that I am easy to read for, as there have rarely been any issues relating to what the Reader is telling me. At the same time, I tend to be very quiet when I am being read (because I do not want to say anything about the cards as I see them) and that can be a bit discomforting to the reader.

With the Psychic Fairs, I am presented with a number of people who could read for me, and I try to go to the one that calls out to me in a silent way. The table set up and the way they read for others plays into that decision, but I rely mostly on my intuition to choose who will pull cards for me.

The most memorable Reading I did was the one that got me to see my talent as a way to actually help people, rather than just a form of entertainment.

A lady at a Fair asked for a reading, and one of the central cards that came up was the Tower. It indicates a completely unexpected event that changes a person’s world. In the other cards, there were signs that she started things but never completed them, and the problems seemed to stem from the Tower.

She acknowledged her issues with plans she made but was not able to follow through on, and accepted the Tower may be a part of that, but she didn’t elaborate. I finally pointed out that until she was able to face the Tower and move past it, she was going to have the same pattern in her life for a long time.

She started to cry.

She explained that she and her fiancé had made a lot of plans for things they would do after they were married, and she was trying to carry out those plans without him. She just couldn’t seem to complete any of the plans because he wasn’t there with her and she didn’t feel it was right to keep going without him. It had been a long time but she still was not over losing him, and the Tower card was the key.

By the time we were finished with the reading (over an hour instead of the 15 minutes allotted for Fair readings) she was feeling a lot better as I was the first person she had opened up to aside from her family and friends, and I was feeling a lot more confident in the way the cards opened up some new possibilities for both her and me.

She has been doing a lot better since that reading and the day I learned there is a lot of power in the cards. 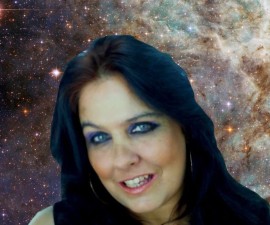 I never judge, always encourage and give the person enlightenment …
February 18, 2015 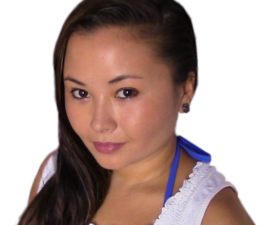 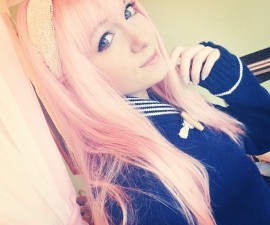 I strongly prefer to work in a traditional Celtic Cross …
March 22, 2015

Get a reading with this expert on the TalkPsychic.com telephone network.